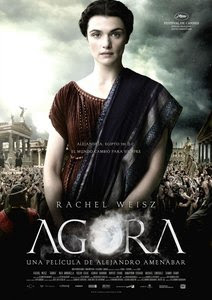 SYNOPSIS
Egypt is under the rule of the Roman Empire. Violent religious riots in the streets of Alexandria reached its legendary library. Trapped within its walls, the brilliant astronomer Hypatia fights to save the wisdom of the ancient world, unaware that his young slave, Davo, is torn between the love he professes secret and freedom could achieve by joining the unstoppable rise of the Christians .