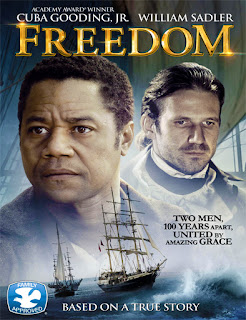 SYNOPSIS
This film follows two separated for 100 years but men are united, however, in their quest for freedom, in 1856, a slave escapes from Monroe plantation with his family. A secret network of ordinary people known as the Underground Railroad this family guide on their journey north to Canada. But they are relentlessly pursued by the famous slave hunter Plimpton. Samuel is forced to decide between vengeance and freedom.