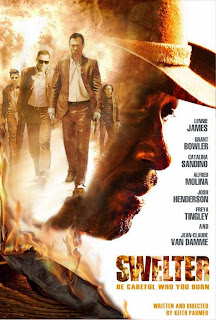 SYNOPSIS
Swelter is the story of the most famous robbery in the history of Las Vegas. Where five men, nicknamed the Rat Pack, took the Luxor Casino over one hundred million dollars. Four of the men are captured, while one barely escapes. Ten years later, the four imprisoned members escape and go on the trail of his former accomplice and part of the stolen loot.