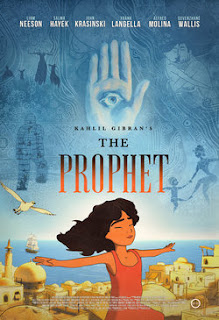 SYNOPSIS
The Prophet is an animated film of 2014 that was originally known as Kahlil Gibran’s The Prophet, produced by Salma Hayek and Roger Allens, in which the text written by Khalil Gibran is resumed.