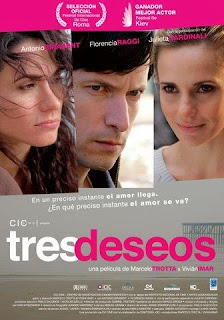 SYNOPSIS
Paul and Victoria live in Buenos Aires and travel for a weekend to Uruguay to celebrate her 40th birthday. They have been married eight years ago. It is the first weekend spent alone, since he was born daughter, and along the same, they will realize that the end of the relationship approaches. The first afternoon Paul and Victoria go for a walk along the beach and after a heated argument, he just walks away along the coast. At one point he stops with a group of people in front of a fishing boat. Paul is attracted by a somewhat smaller than the woman, he approaches her and recognizes Ana, which left twelve years ago.