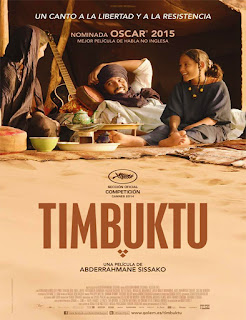 SYNOPSIS
The film tells how in 2012, the Malian city of Timbuktu has fallen into the hands of religious extremists. Kidane lives in the dunes Satima with his wife and two children. But city dwellers suffer the reign of terror imposed by jihadists: forbidden to listen to music, laughing, smoking and even play football. The chaos in Timbuktu not seem to affect Kidane until the day he accidentally kills Amadou, a fisherman who has claimed the lives of his favorite cow. Now he must face the laws imposed by foreign occupiers.