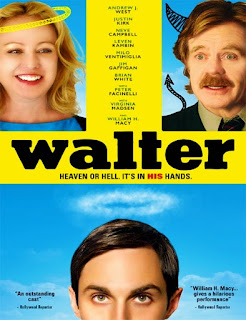 SYNOPSIS
The film tells the story of Walter, a young man who believes he is the son of God. To all this he believes is responsible for the fate of everyone he meets, including the relationship with her mother and her growing affection for a person working with him. Their existence is further complicated when a mysterious figure appears that forces him to consider the true meaning of life